Leave it in or take it out?

That was the question I asked on the sewing forum Everythingsewing.  Each year our smocking group "Apple Valley Smockers ", donate a smocked stocking to CASA.  These are then filled with gifts and given to foster children at Christmas.  The smocked stocking is only one of hundreds made and donated by groups and individuals.

We smock a row or two and pass the project on to the next person on the list.  I think you can see where this is going.  When doing part of a job and passing it on, mistakes are going to be made.
As I started the second row, I found the first row was off, I had a choice to work around the mistake as in repeating the mistake in each row or to take it out and start over.

I dislike taking things out!!  I am sure some of you feel the same way.   I was actually trying to talk myself into leaving the mistake---I could not stop thinking about it though, I knew it was there and would remain.  What if the next person I hand it off to doeesn't want to work around the mistake and I leave a mess for the next person?

So, it all came out!  I am so happy I took it out.   In the process now of putting it all back in. 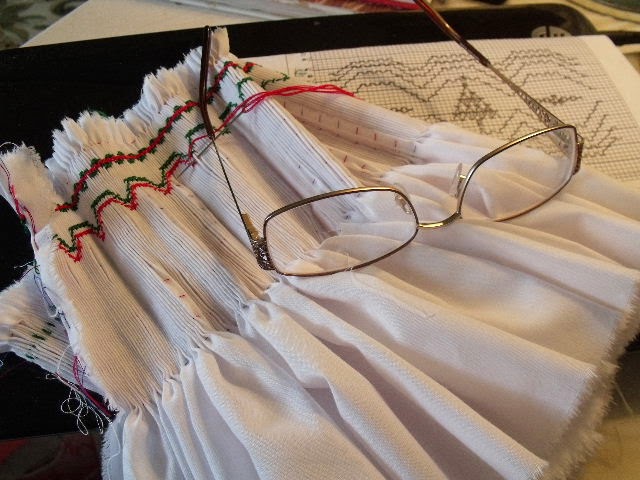 A added P.S.   The older kids asked if they could please get pillowcases instead of the stocking.  Yipee!  I can do pillowcases---
Posted by nonie everythingsewing at 12:22 PM 2 comments: Links to this post

BUSY IN THE SEWING ROOM

Haven't posted a lot but have been busy.  Getting things ready for Christmas. I love making the gifts! These are place mats, ... 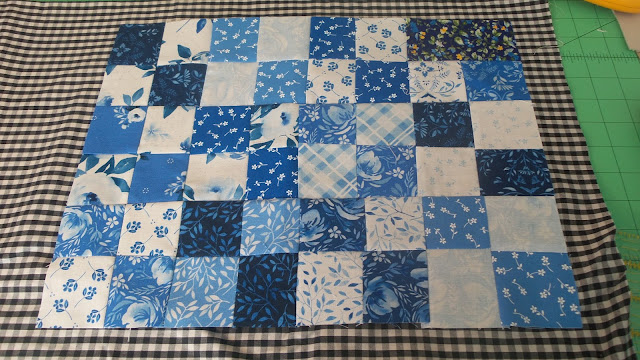 nonie everythingsewing
HI, I'm Nonie, Welcome to my little nook. I love double chocolate mocha's (who doesn't?) sunshine, summer and yes, even winter and snow. My favorite of all things is boating with family. I do like to create, to sew, and cook and I hope to do some home decorating. I love sharing my efforts. Love blogs and visiting with all of you. You inspire me to learn more, it's like having a wonderful big neighborhood.